Everything you need to plan, promote & profit from workshops! 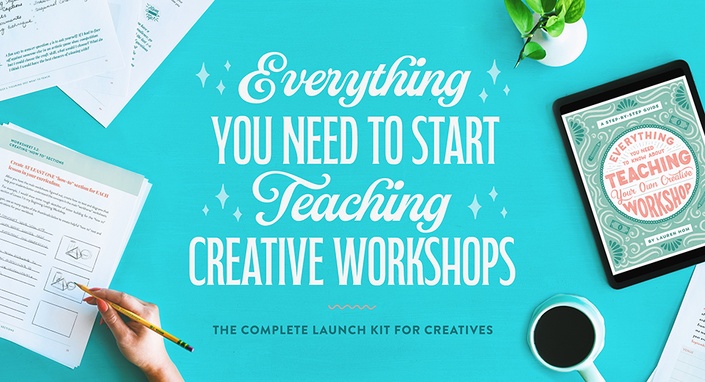 Does the idea of teaching your own workshop excite you...and then immediately overwhelm you?

Maybe you’ve seen your favorite artists teaching workshops, and you know it's something you want to try someday. But what you don't know is:

...plus a thousand other unknowns that keep your workshop dreams on the 'someday' list.

Maybe you started drawing, crafting, or making art a few years ago, and your friends and followers are now avid fans, constantly leaving comments on your posts like “Omg how did do you make this?!” or "You're so talented! Teach me!"

Perhaps you took up chalk lettering or calligraphy and now, every time you’re working on a menu board or a wedding invitation suite, you get questions about materials, time, and techniques. ("What pen is that?")

Maybe you’ve even had suggestions and requests to teach your skills to others. Or maybe you’ve already got a few great ideas for a live workshop (Brush lettering! Font making! Photo retouching! Watercolor illustration! Scrapbooking! Macrame!), but you just haven’t got the time or know-how to get one going.

IF YOU'RE A CREATIVE PERSON WHO HAS

...but don’t know how or where to get started, then I made something to put you on the fast-track to teaching that creative workshop you’ve been dreamin’ about. 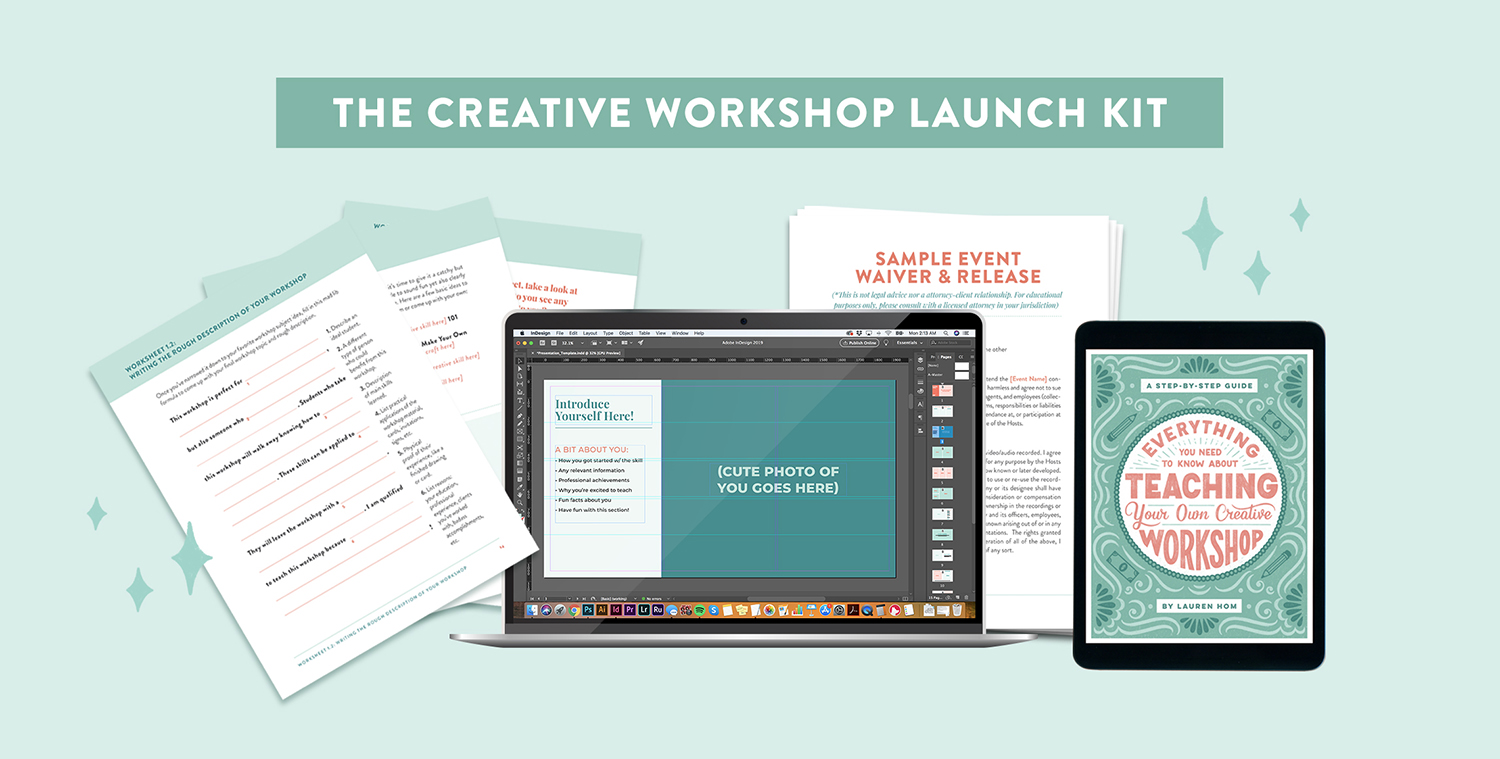 Let’s take a peek inside! 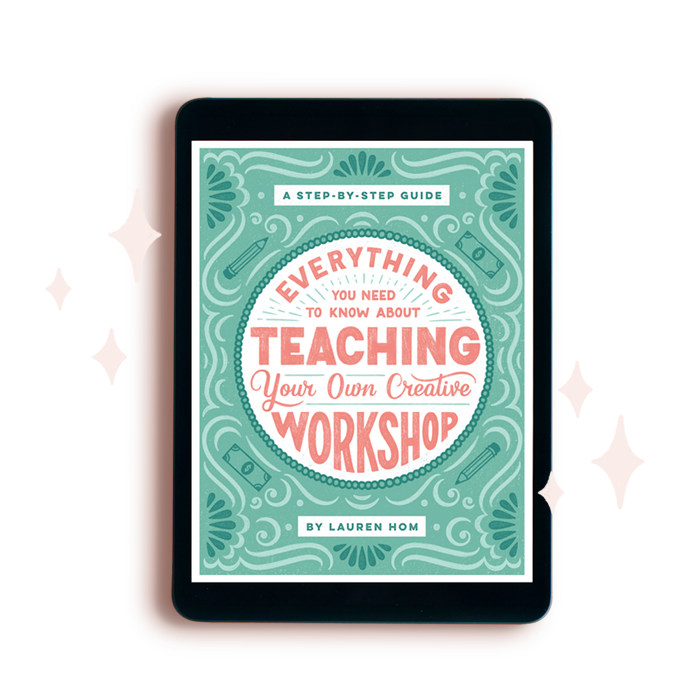 What started as a small Google Doc to help my friends turned into this 60 page comprehensive guide to turning your creative talents into profitable workshops! I packed my experience from teaching 35+ workshops into this beefy PDF guidebook. It covers everything I wish I knew when I started planning my own workshops. 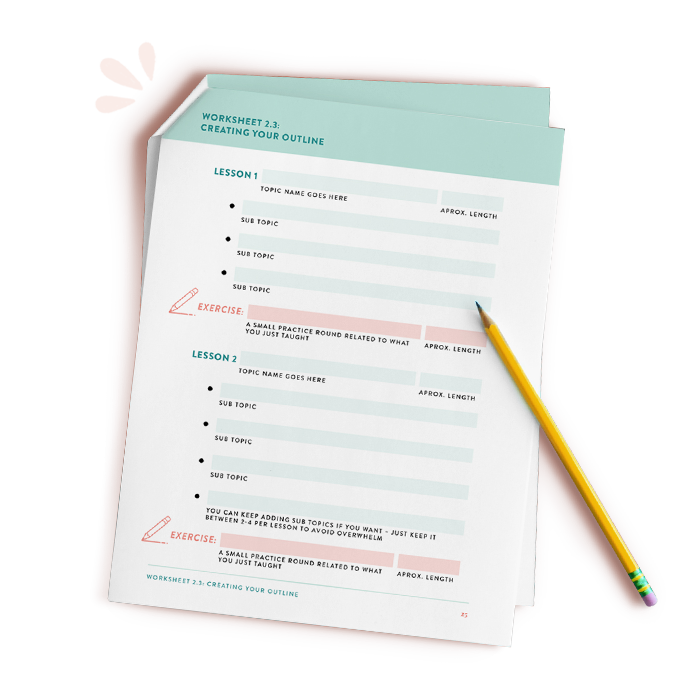 Planning your workshop should be FUN, not frustrating. Every section of the guidebook comes with worksheets designed to help get those ideas out of your head and out into the world. If you're a textbook messy artist like I am, these worksheets will be a lifesaver as you put together all the moving pieces of your workshop. 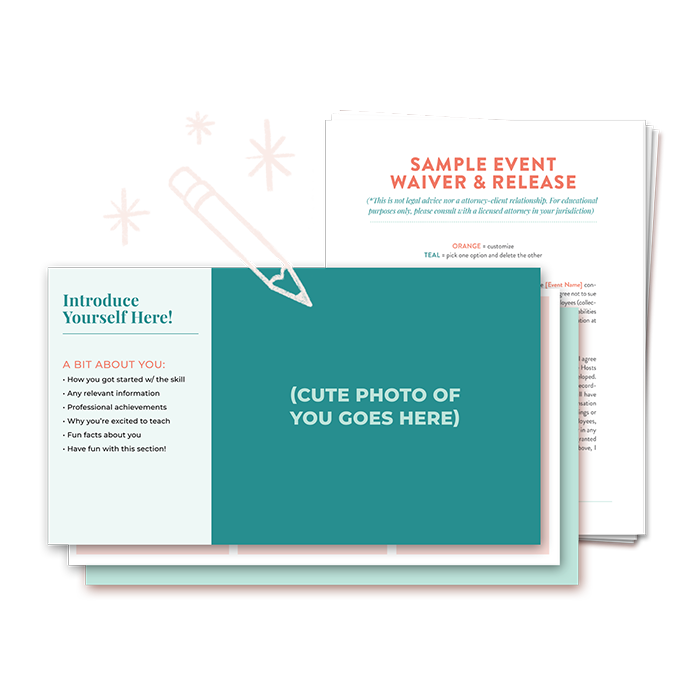 Use these as starting points for your workbook, presentation, and legal event release (US law). Most creatives will want to design their own materials, but what I know they absolutely DO NOT want to do is think about the legal stuff associated with hosting a workshop...which is why I had my lawyer draft this template for you. 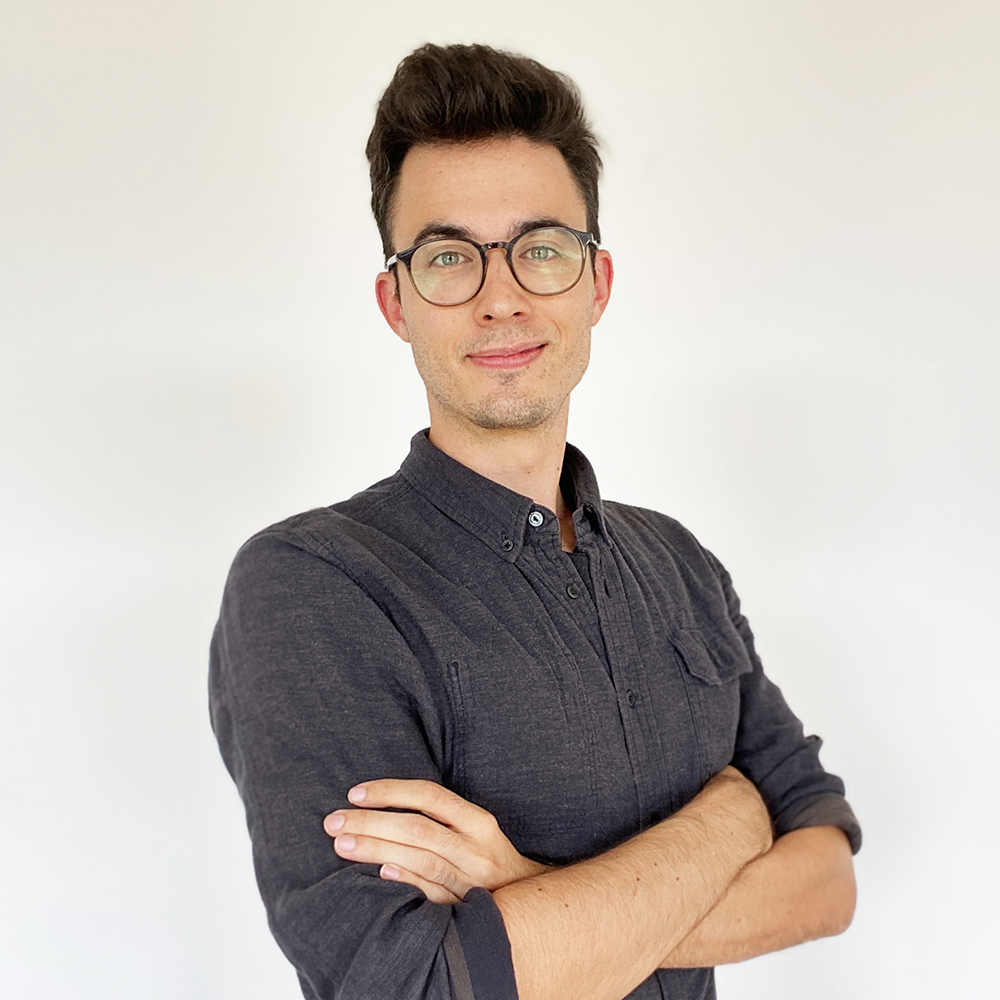 "I used this guide to plan the first workshop I’ve ever hosted on my own, and it sold out completely! Now that I know exactly how to put together a profitable workshop, I’ve already started planning the next ones."
STEFAN KUNZ
Lettering Artist & Podcast Host 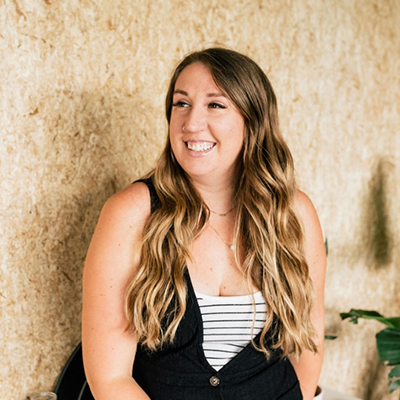 "I love that it doesn’t leave you wondering if you’ve covered all of your bases."

I used to stumble over-explaining lettering to others, but using the guidebook to prepare for my first class helped me with this immensely! The pricing section is also super helpful. I love the breakdown of all of the factors involved from supply cost to venue rental and that it doesn’t leave you wondering if you’ve covered all of your bases. 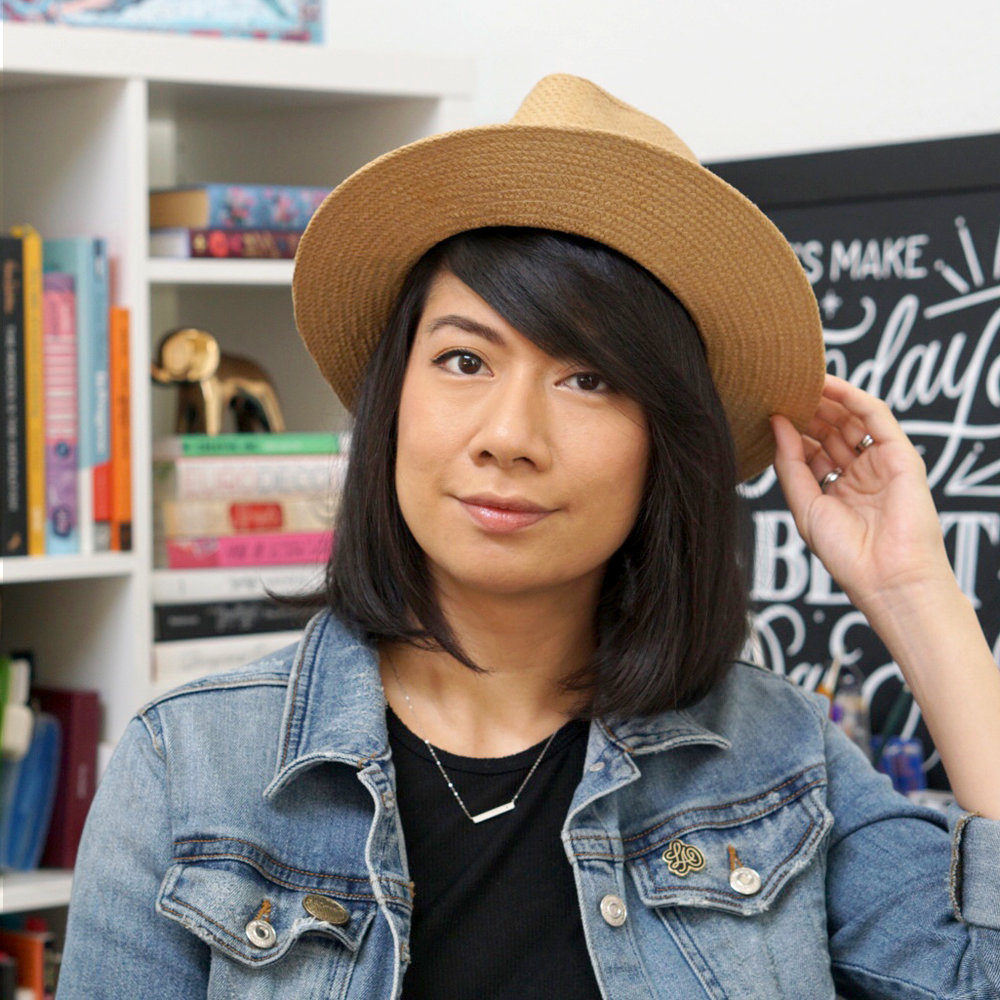 "Seeing the lightbulbs go off in students' heads when what I’m teaching all starts to click is still my favorite part of every workshop!"

The launch kit gave me confidence and helped me wrap my head around how to get things done. I already knew how to letter and had years of experience to share with the class. I just needed the extra boost and guard rails to get me going! Teaching can be daunting, but this guide will give you a solid foundation with which you can build a steady and emotionally / creatively gratifying source of income. It's an investment in your future and career that's worth every penny! 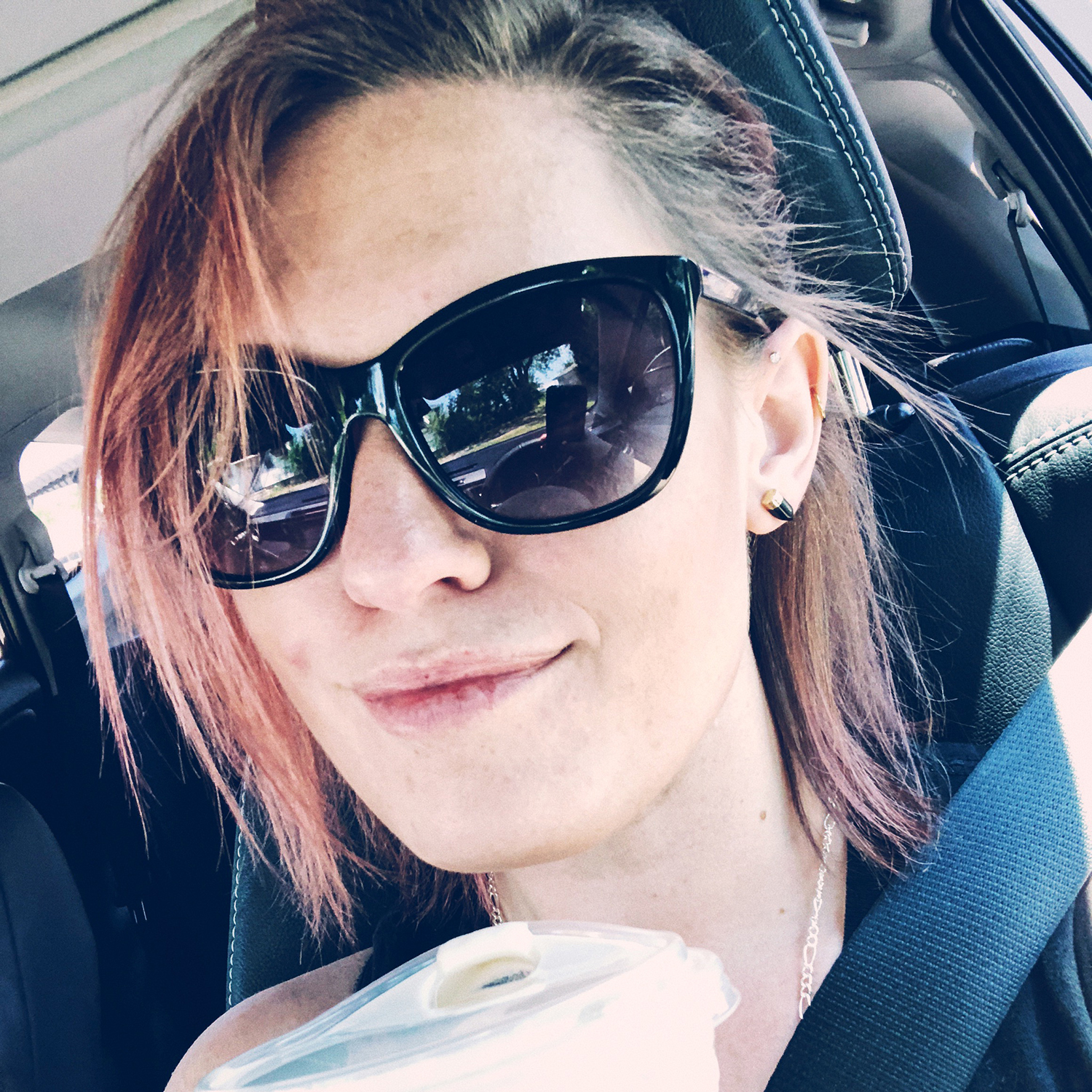 "It helped me formulate a plan for future workshops that I've put into action, as well as finding a niche where my workshop would stand out. "

I had the pleasure of seeing and using Lauren's workshop guide very early on. It helped me formulate a plan for my future workshops that I've put into action as well as finding a niche where my workshop would stand out. This workbook is great if you're looking for a step by step guide to getting your workshop out there from start to finish! 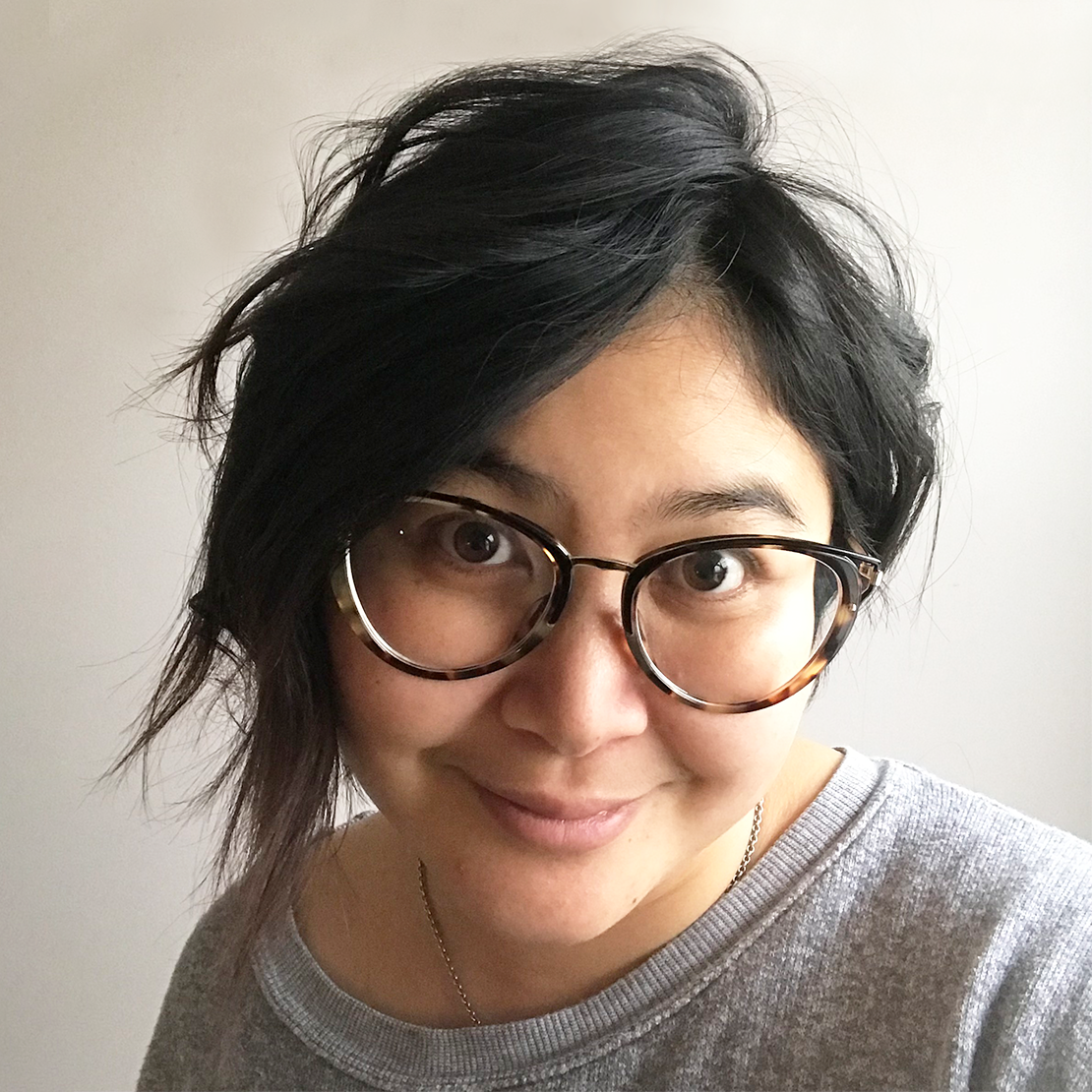 "Knowing how to break down information in a way that's easy to teach to others was so helpful! My confidence is a lot higher now."

Before having the launch kit, I felt unsure that I was worthy enough or knew enough to teach, but Lauren provided great insight into why anyone can teach. Knowing how to break down information in a way that's easy to teach to others was so helpful, and I've gained so much confidence from getting to see huge improvements people make by just taking one 3-hour workshop with me!

Four years ago, I had no idea how to host a creative workshop. And honestly? I was curious but on the fence about even trying at all.

I had been freelancing for a two years, getting consistent client work and starting to grow an online following around my work. I thought to myself, “Planning a workshop sounds stressful. Freelance work is good. Why add more to my plate?”

But as time went on, I kept seeing artists I admired announcing workshops, and my curiosity lingered. I finally realized that I wasn’t ever going to learn how to host a workshop until I actually did one - so I decided to give it a try.

And I made A LOT of mistakes along the way…

One time, I forgot to set the “stop selling” date and time, so a student signed up for a workshop less than three hours before it began! I was scrambling to get an extra set of supplies for that unexpected student in a city I barely knew.

Another time I rented a space in LA with big windows but no blinds during the late afternoon, and the sun came down on one poor student for an hour. I ended up having to tape some cardboard to the window to protect her from the heat (yikes!)...

Despite all this, giving teaching a try turned out to be one of the best decisions I’ve ever made.

Fast forward to now, and I’ve taught over 35 workshops in cities around the US, Europe and Asia. Teaching workshops has completely transformed me and my business for the better.

Workshops give me a unique way to connect with and market to my most engaged fans (no amount of lengthy DMs can replace a hug and an in-person conversation).

Workshops helped me get comfortable speaking in front of a group, which led to improved public speaking skills (hello more invitations to speak at conferences)!

Workshops are a LEGIT and reliable source of income: one well-planned workshop can net thousands of dollars. (True story: this summer, I taught just *one full day* of workshops in San Francisco and made a net profit of $7,500…which is more than I make on an average freelance lettering project.)

Workshops have done WONDERS for my creative business, and I know they can do the same for yours, too!

And the best part? You don’t have to learn how to run a great workshop by trial and error like I did because I packed my almost four years of expertise it into The Creative Workshop Launch Kit.

This kit is like having me in your back pocket while you plan, promote, and produce your workshop. Don't just take a page from my book - take the whole book!

Here's what you'll get from the guidebook: 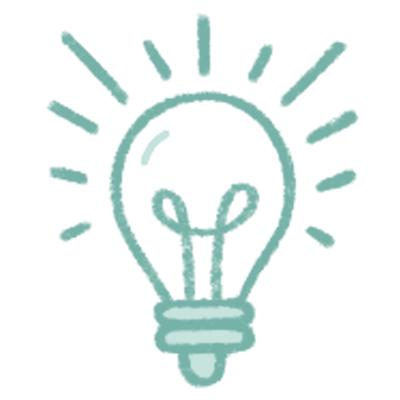 Figuring out what to teach

Find that sweet spot between what you feel confident teaching AND what there’s actually demand for, plus how to give your workshop a name & description that sells itself. 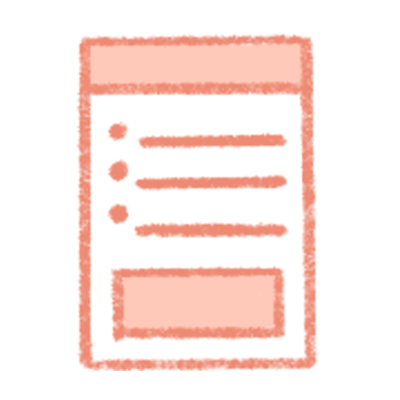 How to translate your process into teachable material. Handy worksheets will help you plan out your lessons, manage your time, and ensure that your curriculum flows well. 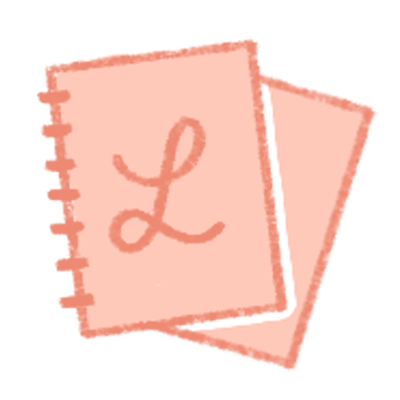 Create a workbook and presentation that support your lessons and keep your students engaged. Design your own or save time by starting with one of my pre-designed templates! 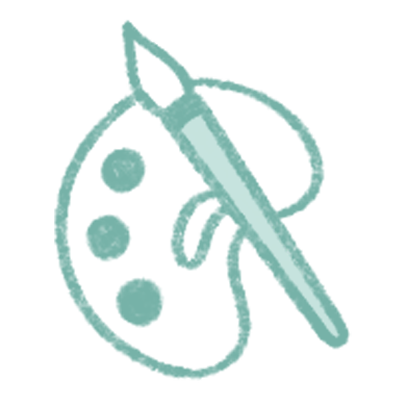 How to assemble and source a list of supplies for your students and your demonstration, plus ideas for extras that can add even more value to your workshop 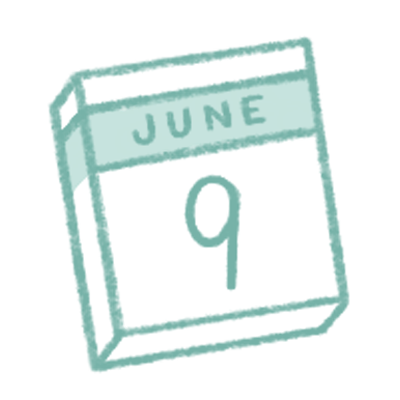 My advice on choosing a date and class size that’s right for you, followed by what to look for in a venue and exactly where I go to find the best ones. 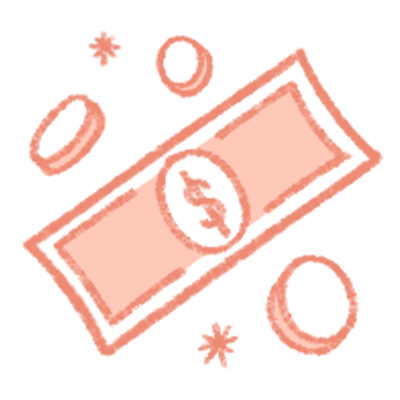 Ready to stop selling yourself short? Steal my favorite, worry-free formula for determining ticket prices that make sure you’re never left with too little at the end. 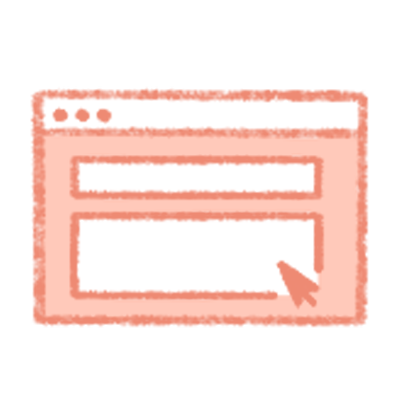 Setting up the sales page

Learn where to host your tickets, what essential information to include on your sales page and when to open and close registration (and why it’s important). 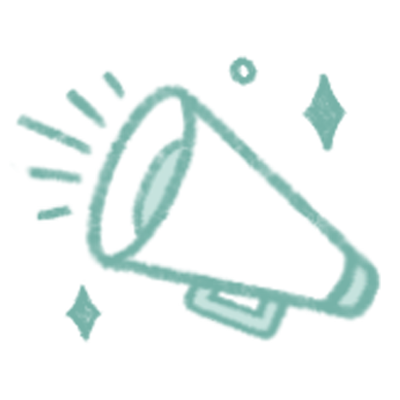 Yay it's the part everyone hates: selling!!! Don’t worry, I’ve got your back. I’ll guide you through what to say, where to say it, and strategies I’ve personally used to boost ticket sales. 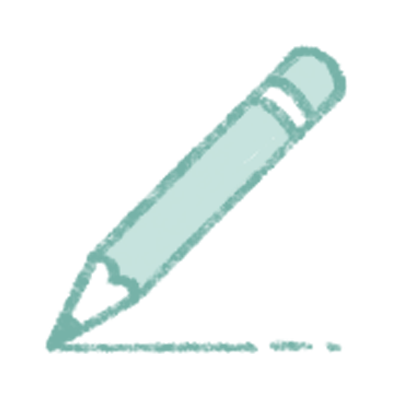 Tips, tricks, and best practices for having a smooth (like, creamy PB smooth) workshop day, based on my own experience teaching. I made all the mistakes so you don’t have to - yay! 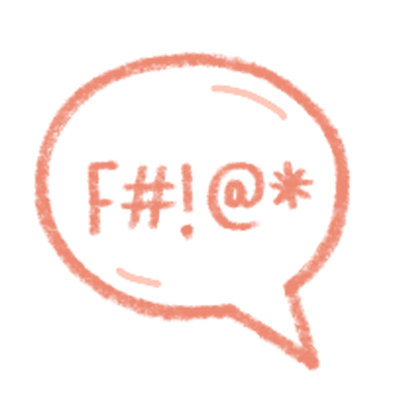 Preparing for the unexpected can save you a lot of headaches. Here is a list of things that could go wrong, and what you can do to prevent (or recover from) snafus.


How do I use the Launch Kit?
Use it however you like and at whatever pace you like! We recommend starting by reading through the guidebook once so have an understanding of the entire workshop process and then going back through it and filling out the corresponding worksheets in real-time for best results. Depending on your experience and preferences, you will use the workbook, presentation, and legal templates as needed.
How long do I have access to the Launch Kit?
FOREVA! After purchasing the kit, you have unlimited access to the guidebook, worksheets, and templates for as long as you like - across any and all devices you own.
Do you offer refunds if I don't like the kit after signing up?
Yes, of course! I have a 30-day money back guarantee on all of my products and courses if you try them out and they just aren't a good fit for you. You can send an email to [email protected] within 30 days of purchase, and we'll give you a full refund.
Is the Launch Kit for Lettering Workshops Only?
Nope, you can use this launch kit for any kind of creative workshop! My workshops revolve around lettering because it's my specialty, but I designed the Launch Kit to be applicable to most creative skillsets.
Is the launch kit digital or are you mailing me something?
The Launch Kit is completely digital so you can get started right away! You'll receive the guidebook and worksheets in PDF form, plus the templates in a variety of editable documents.

The Creative Workshop Launch Kit was designed for:

If you've ever had even a smidge of a thought that something you do, know, or love might be fun to teach to others, The Creative Workshop Launch Kit can help you make it a reality.

Learn how to plan, promote and profit from teaching workshops without the stress of having to ‘figure it all it out as you go’.